Repeated small tapping sound woke me from an afternoon nap. I did not realize that I fell asleep and gray sky met my eyes as soon as I opened them. Fat drops of water hit the bedroom window and small rivers of rainwater were cascading down the glass blurring the street below. I could only make out the distorted shapes of hunched figures wrapped in thick coats and parkas rushing by as they try to escape the heavy downpour. The few people with umbrellas walked in a much sedate pace and were more careful not to walk in puddles that has formed on the cracked and uneven sidewalk. It was four in the afternoon and cars were already turning their headlights on as the sky turned even darker and the loud rumbling of the thunder rolled in the distance. When the lightning hit it was blinding like the flash of the camera.

I snuggled deeper in my comforter and watch the freezing rain drench the world outside my warm cocoon.

Another burst of light split the dark sky followed by the rolling sound of thunder. I saw the silhouete of people in the double decker bus that rolled by. An old woman in a bright yellow raincoat was mincing her way down the street in her three-wheeled walker. She pauses every few seconds, adjust her hold on the walker and continued on. Another bus rolled by. The tapping of raindrops on the window continued.

We had a complete weather switch! We woke up to a bright sunny day, a blue sky unmarred by clouds and to people milling in the street with big smiles on their faces. The sun was so good on the skin it immediately put me in a good mood. I guess the hour long jog helped as well. Here are a couple of photos I took while at the park. 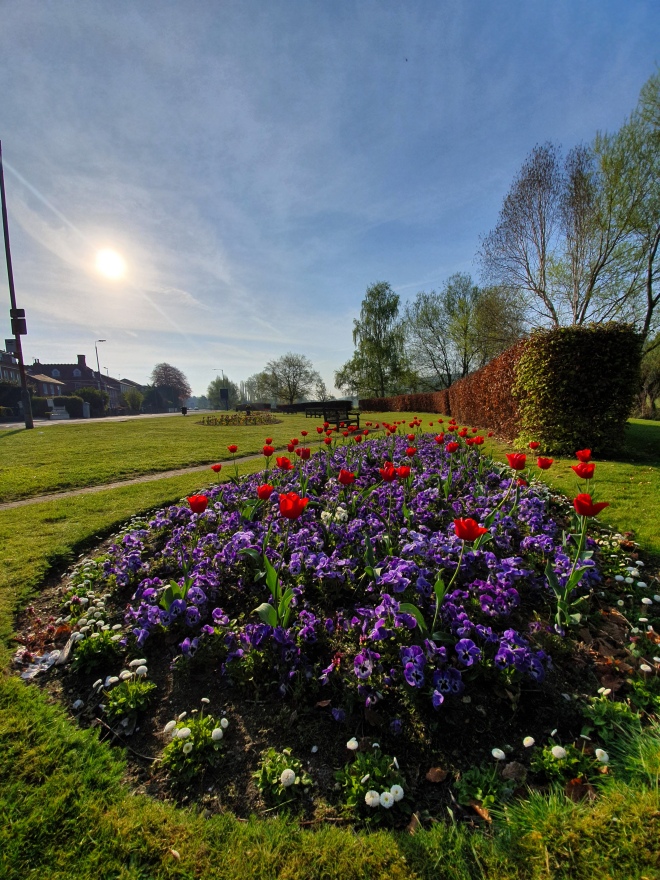 I had to stop to take a photo of these beautiful flowers. I recently found out that red tulip means eternal love. I’m not sure what the other flowers are called though but what I do know is that they’re lovely, too! 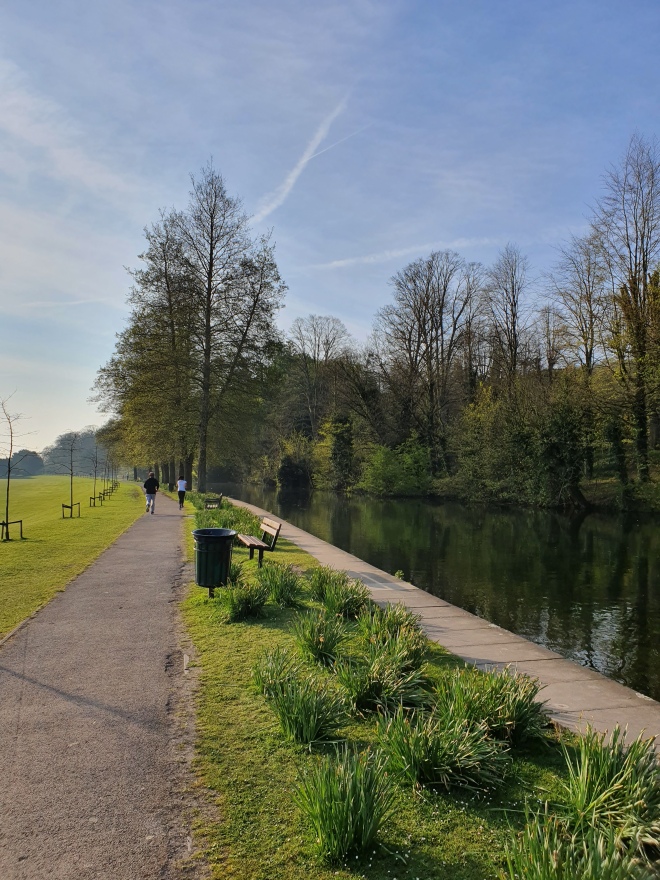 The jog was invigorating except for the itchiness that attacked my legs a few minutes into jogging. It was so bad I wanted to turn back to see if I got something on my clothes. But my sister insisted that it was normal and would soon go away. It did went away several minutes into our cooling down exercise. And of course, I had to google it! There were hilarious (but probably true) explanations but the one that made sense for my case was this: I haven’t been exercising lately (for decades now) and when I finally did the capillaries in my lower extremities had an increased blood flow and the expanding capillaries (they expand to allow for more blood flow) stimulated the nerve endings surrounding it which in turn sent “itchy signals” to the brain. Itchy signals? Probably because it was not pain and the brain doesn’t know how to interpret the discomfort and chose itchiness as an alternative (cheeky brain!). Thanks livestrong for this very scientific explanation.

My poor brain probably was so alarmed this morning when it received strange signals it went to self preservation mode and launched “itchy legs attack”.

I spent the entire afternoon just chilling in town. I found this book which I hope will help improve my rudimentary skill in photography.